The wounded leave the field for urgent Medical treatment

The Knights of Ironfest battle it out to compete for the title of Grand Champion! The field featured world class knights from our own shores, as well as the finest challenges from the land of the long white cloud.

Historically speaking , the heavily armoured knights on horseback was the medieval equivalent of the modern tank. However the time of ascendancy for the Jouster as a weapon of war was extremely short. 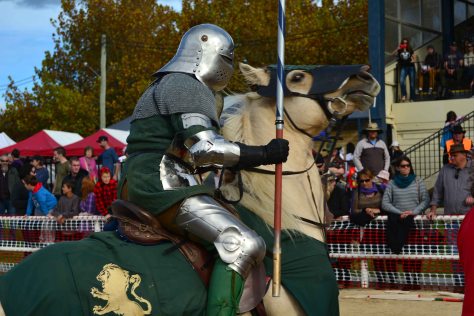 Some would argue that the Horse Mounted Knight as a weapon of war was actually more a romantic invention than fact. Whatever the reality, Jousting was by the 1400`s all about sport and entertainment. 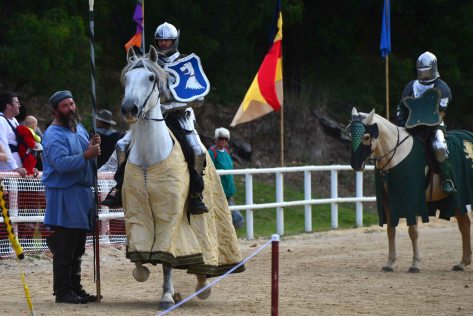 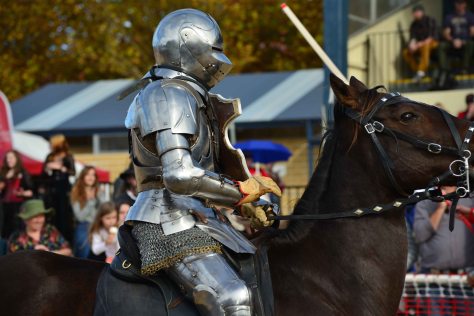